“Nach dem Spiel ist vor dem Spiel” – this quite simplistic statement (nevertheless expressed by one of the most iconic figures in german soccer), which translates more or less into “after the game is before the game” all of a sudden applies to us. Not too long ago we finished second in the final ranking of the WAVE 2014; since then, we’ve enjoyed the summer, test drove a few vehicles and mostly ignored the fact that we had promised to write more frequently.

pictured above: a summary of our most recent efforts.

But all of a sudden it’s spring again and woops – how about the WAVE 2015? Well, we have a confession to make. As a matter of fact we did sign up for this year’s WAVE Trophy and things are about to get serious. In fact, we have just a few days before things go down and we are very excited.

Now since you all have been following every single one of our posts on facebook and all those fabulous blog entries we published since day 1, you will probably know that both David and I recently evolved from what things used to be not too long ago. Here is a quick overview of the latest developments:

Yes, yes, indeed. While Alex replaced the Twizy with a more practical Renault Zoé, David tossed every last bit of reason overboard and just flat out bought a Tesla Model S 85D. We both enjoy our cars very very much and had an incredible amount of fun recently.

Now you will say ‘Ah well, but what’s the LEAF still doing there then?’ Well, it is currently on probation – David is currently working out whether it will replace their second car or not. And yes… (drumroll) we’ll be back on the road in the LEAF for this year’s WAVE! 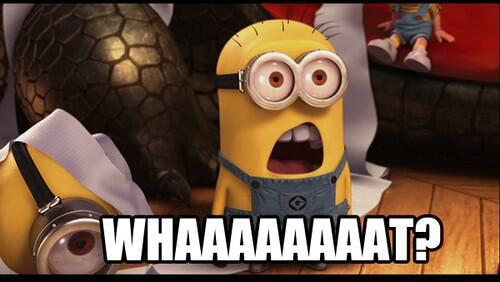 admit it: this is you, two seconds ago.

Why, you ask, this tomfoolery? Well, by now it might not be breaking news to most of you that we are both slightly crazy, and therefore we decided that instead of driving through Germany on a single charge (Model S) or at least having a comfortable range and decent charging opportunities (Renault Zoé), we would opt for the biggest challenge: Our slightly charging impaired and horribly-quick-to-dry-out LEAF, forcing us to make numerous stops and locate each CHAdeMO charging spot precisely (since they are not exactly common in Germany) while still trying to remain in competition with the other teams (and ourselves, to be quite honest). After all, for us the fun in the WAVE lies in the challenge, not the achievement.

So, believe it or not, you’ll see more of Wattwurm in their blue Nissan – we’re back, and this time we mean business! And just in case you wonder what’s going on right now, we are collecting the last bits of equipment, pretending to study all the rules and prerogatives we’re supposed to comply with and generally just eager to leave. Stay tuned, we leave town next Wednesday and the WAVE will begin on Friday, June 12 in Plauen.

That said, for no further reason than your own personal entertainment, here’s footage of our efforts to prepare ourselves for this year’s WAVE: